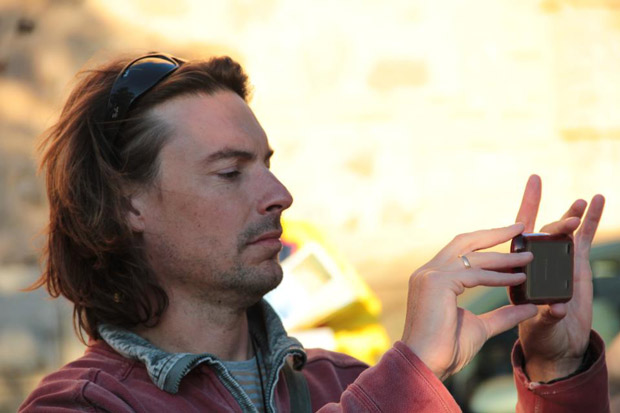 In 1995 after studying in Wales with the acclaimed artist blacksmith Theo Grünwald, Adam set up his first workshop in Nigüelas, Granada, Spain. Over the next 15 years, he worked to commission producing artistic ironwork for both private and corporate clients. (see archive). The majority of Adam’s ironwork was designed by him and reflected his interest in Art Nouveau and organic forms. In common with other artist blacksmiths, Adam used a combination of modern and traditional blacksmith’s techniques. During this time Adam participated in numerous blacksmithing meetings and events at home in Spain as well as throughout Europe.

As part of a course run by the sculptor/blacksmith Claudio Bottero in Italy in 2011, Adam studied drawing and design. He then went on to study sculpture for three years at the Granada school of art.

Adam currently divides his time between producing sculptural pieces in steel and stone and designing the Yamativo range of decorative items for the home. 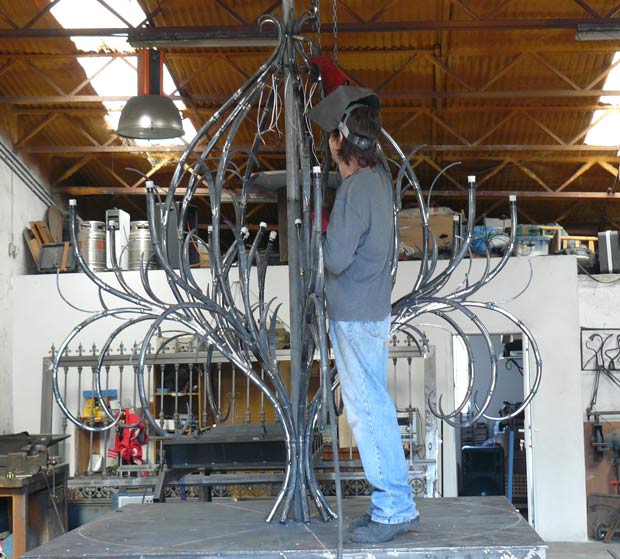 For a number of years I have been fascinated by perception of beauty in visual art.

Why do reactions to the same piece of art differ so radically? Why do people see beauty whilst others are repelled? What is the motivation behind producing something that the majority might think is ugly?

In visual art, the form where this is particularly marked is contemporary architecture. The aesthetic of a brutalist concrete tower block is guaranteed to attract extreme criticism – both positive and negative.

In my art I am not looking to create any kind of controversy, my aim is to make attractive and interesting pieces by applying a brutalist filter. I pixelate details, replace curves with straight lines and make the subject as low poly as possible without removing the essence of the form.

The interest for me during the process is to see how far I can go.

Any cookies that may not be particularly necessary for the website to function and is used specifically to collect user personal data via analytics, ads, other embedded contents are termed as non-necessary cookies. It is mandatory to procure user consent prior to running these cookies on your website.